In the last days of December 2014, we spent a few days in Norway. My last time there had been for a roundtrip 13 years ago, and I still had those memories of impressive, breathtaking landscapes in mind.

We had rented a tiny log cabin located near a small village on an island close to Bergen. It’s a lovely cabin directly above a fjord, so from every window you can see the water, feel the wind when standing on the small terrace and hear the calming sound of the waves while falling asleep at night. There is a sauna which belongs to the cabin as well. The sauna is in a pyramid, and the best thing about it is that, after the sauna, you can get your body some cold water by jumping into the fjord. Now that is pretty cool. 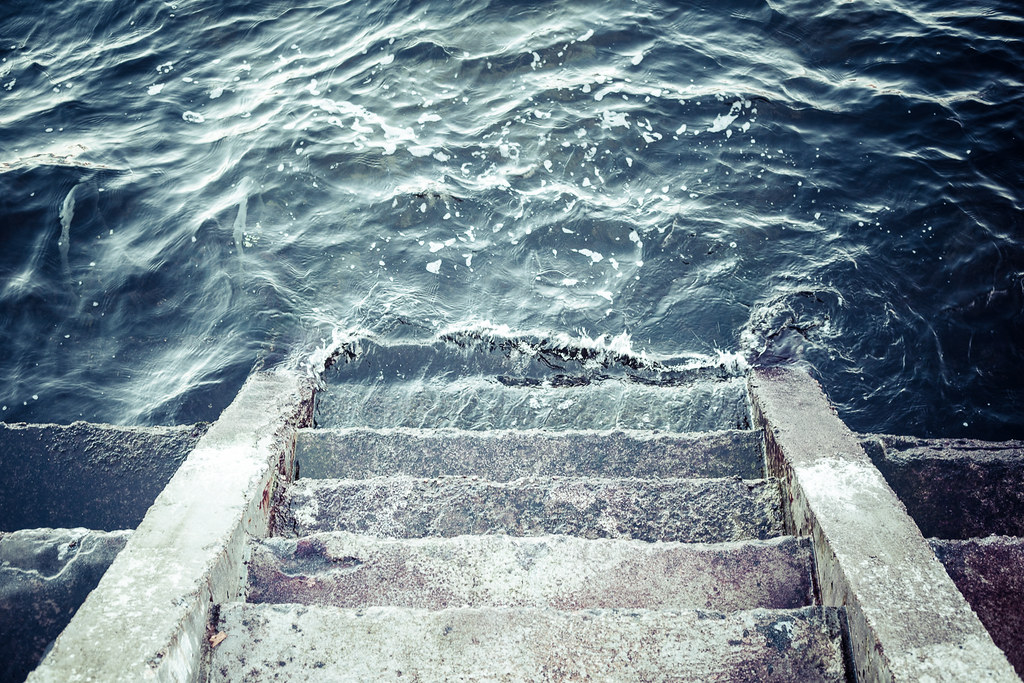 We mostly spent the days snuggling into the corners of the couches in the cabin, reading, watching tv series, drinking tea and eating Norwegian cookies (we especially loved those pizza rolls in the picture, but our favourites were the wonderful Kokostopper). Only a few minutes of a walk away, there’s a small bakery who are making incredibly delicious organic breads, rolls, pastries and cakes. And just around the corner from the bakery, there’s the home of two Alpacas, 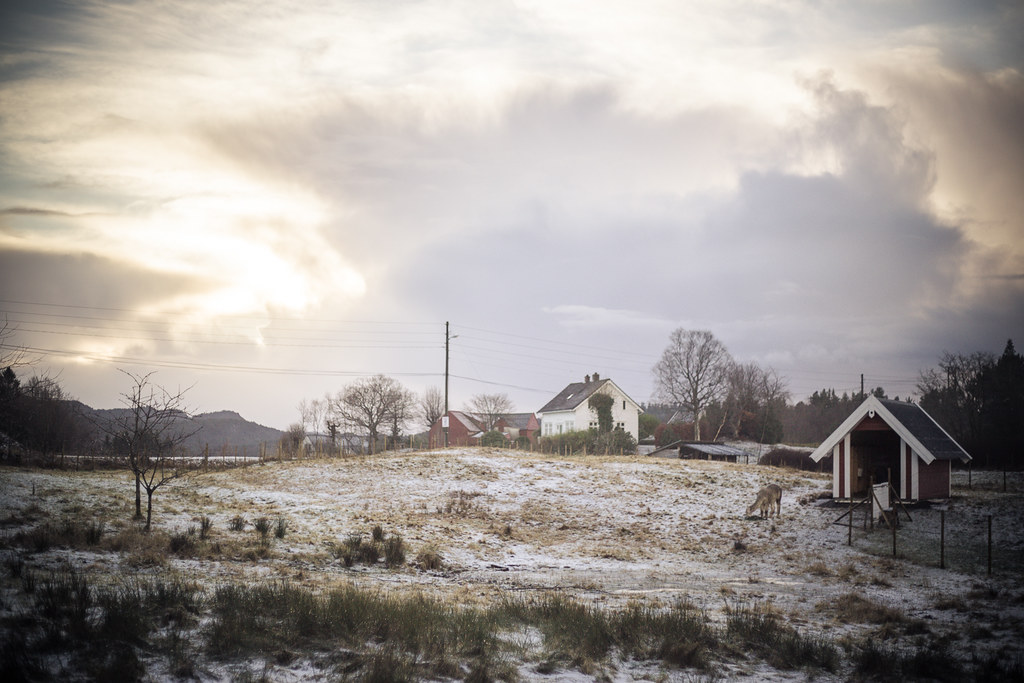 who had just gone through a heavy hailstorm when we arrived and looked really wet, but still really cute (especially the black one with its great Alpaca face which I trained to imitate throughout the holiday. It’s said that I’m doing that quite well now). 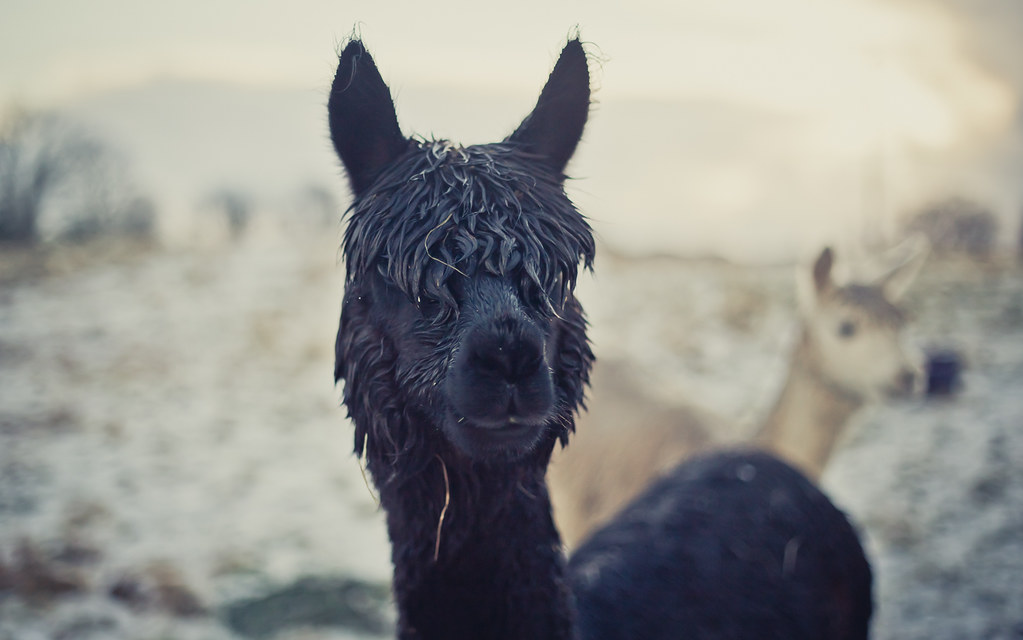 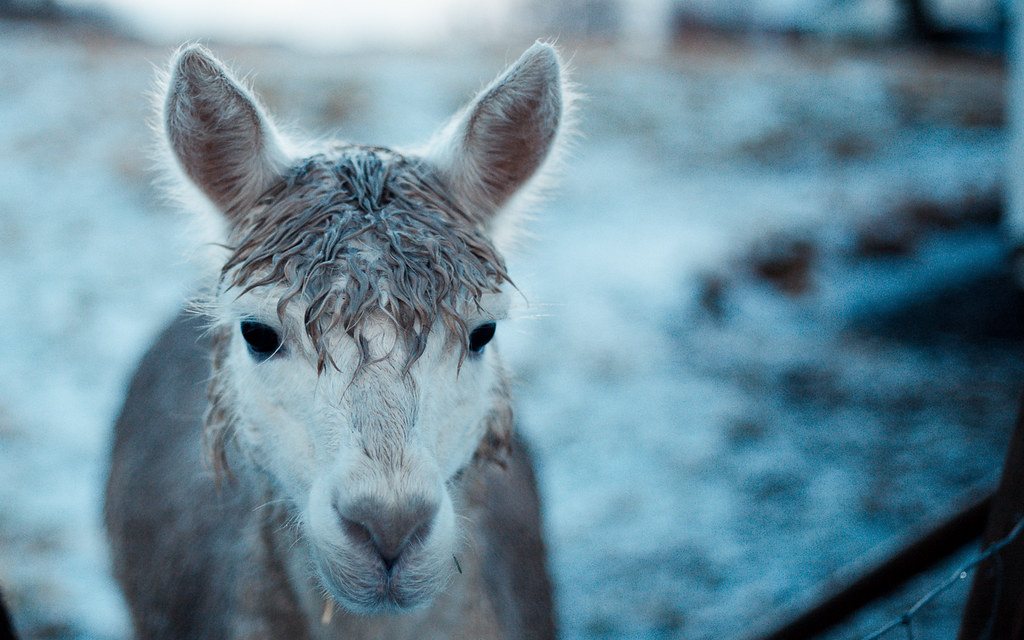 The weather was often cold, windy and rainy in the first days. 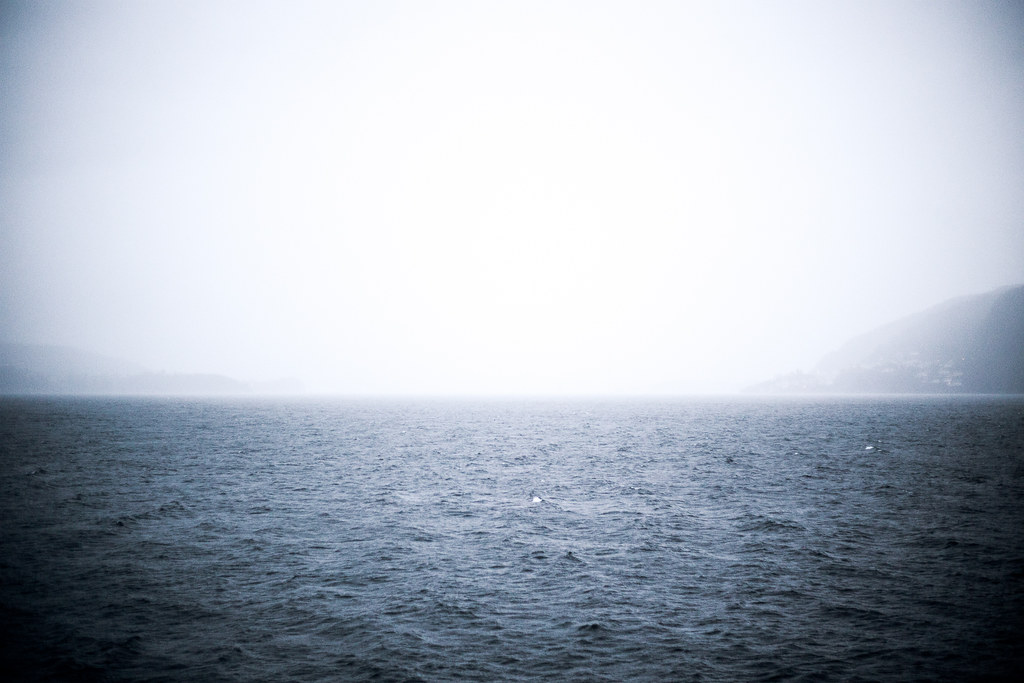 But sometimes the grey sky suddenly got all bright, 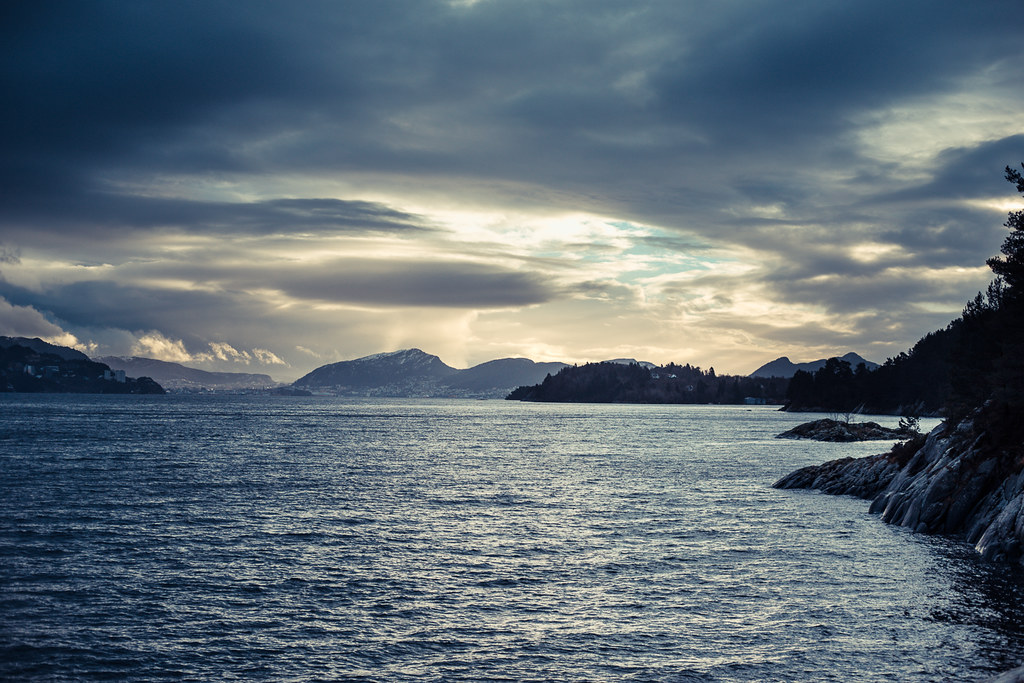 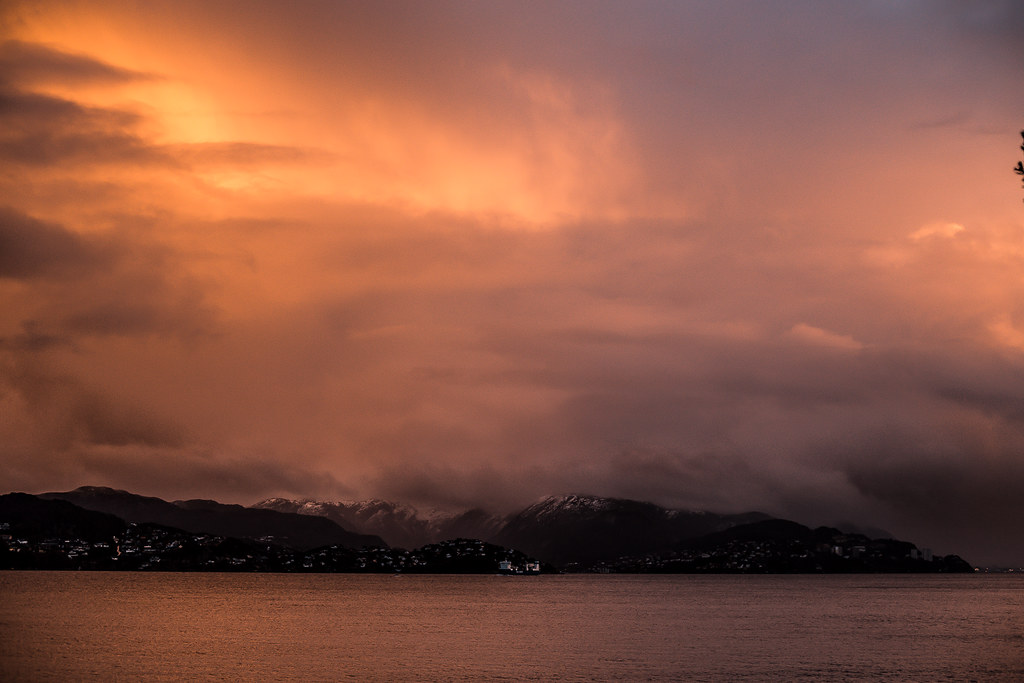 and we even saw the end of the rainbows. Sometimes we went out for long walks, 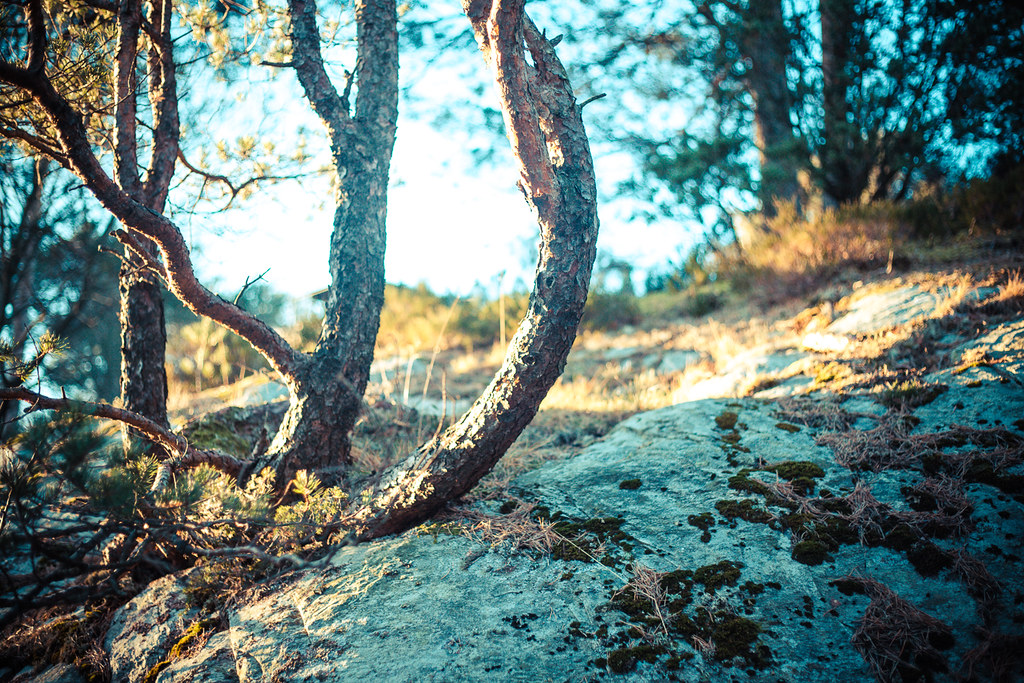 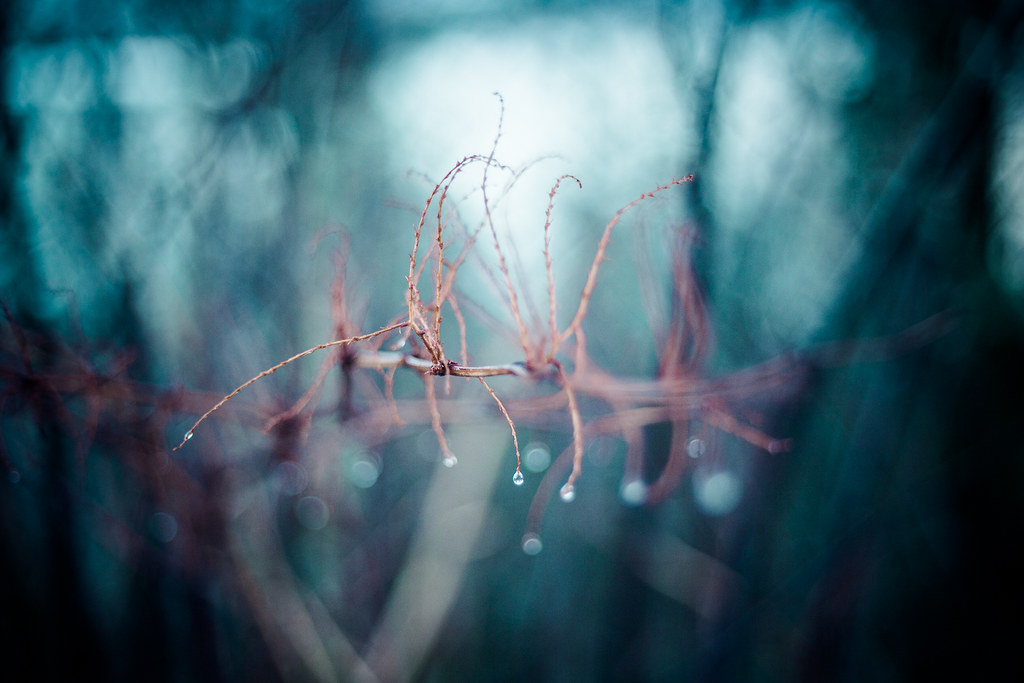 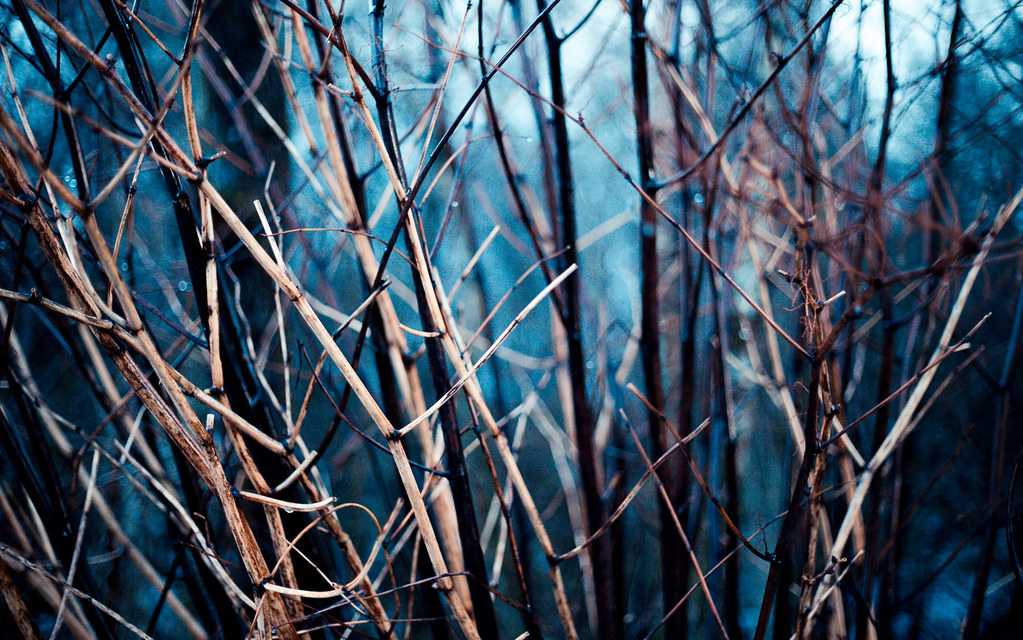 looking for viewpoints (which we never found), walking through forests and along lakesides. And we visited two horses that were quite clearly not very interested into our presence. One day, we got up very early to catch the first bus so we could get to the car we had rented. Only five buses were supposed to depart from the village that day, so we only took a quick shower in the morning, packed the sandwiches we prepared the night before and a bottle of water and walked to the bus stop, trying to be there as early as we could.

And then came the snow. 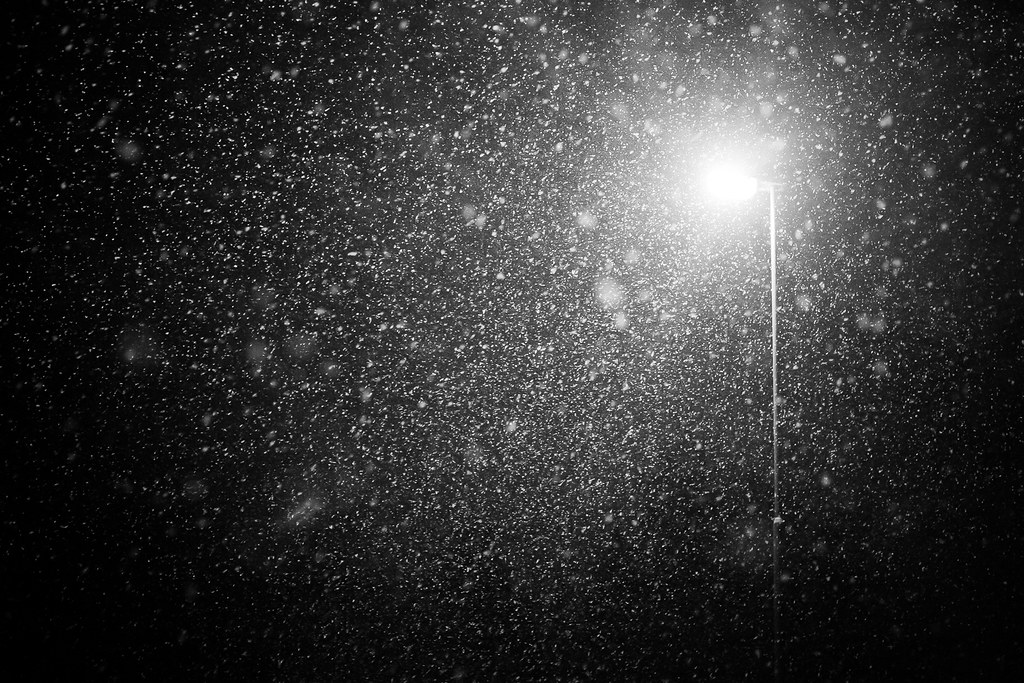 The first hours of the car drive were tough, given the huge amounts of snow coming down from the sky, and the mountains which we were driving through. A landscape, almost monochrome. 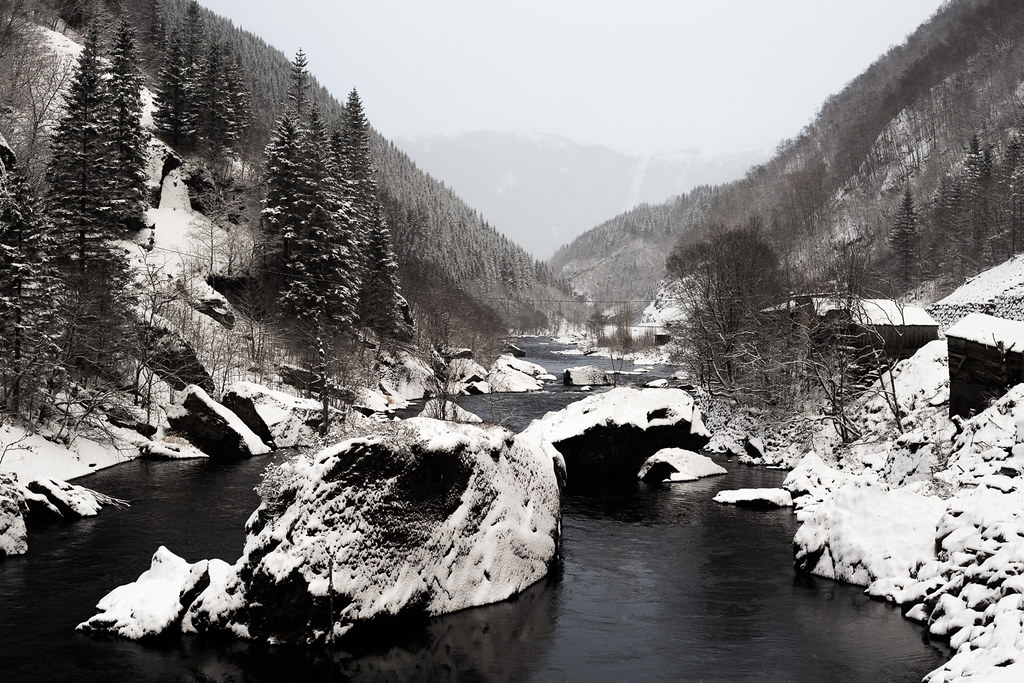 Finally, we arrived at Yet Another Fjord (YAF), with untouched snow by its sides, and clear, ice cold water. 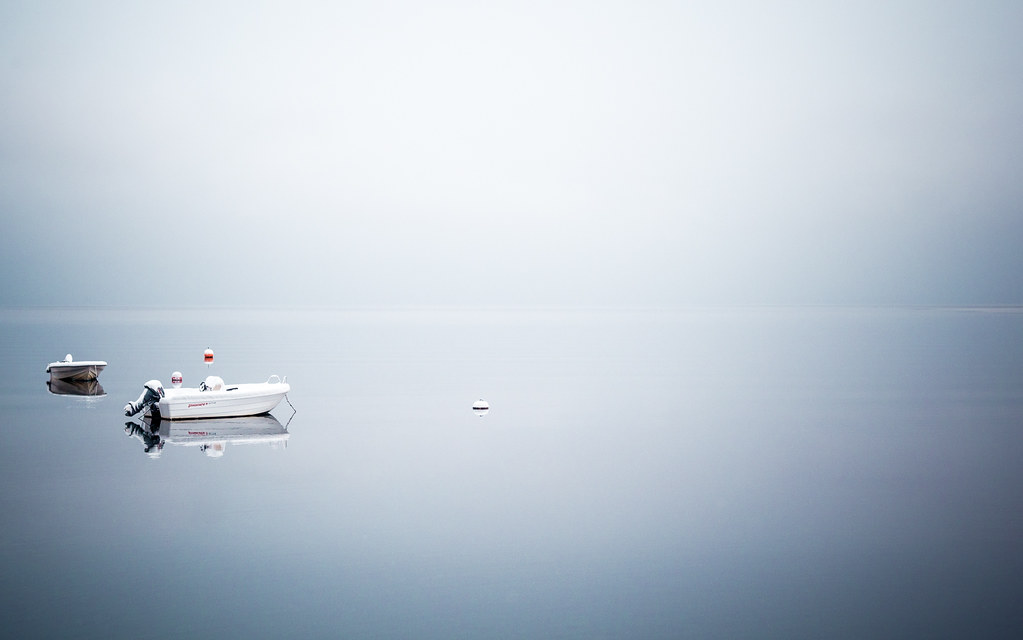 We drove across a bridge, parked the car in its middle and enjoyed the great, great view.

And then the sun came out. 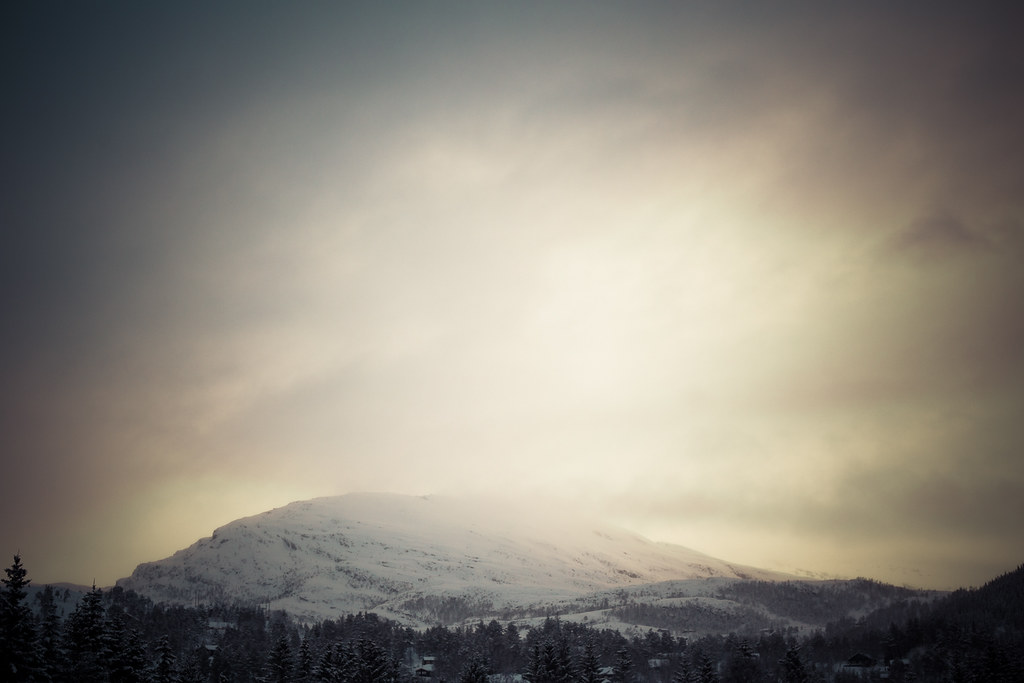 On our penultimate day, we said goodbye to our cabin and left early in the morning. It was still dark outside (sunrise is around 09:45am in the morning these days), but as we were on our way, the sun slowly rose and we watched a wonderful sunrise over the fjord. 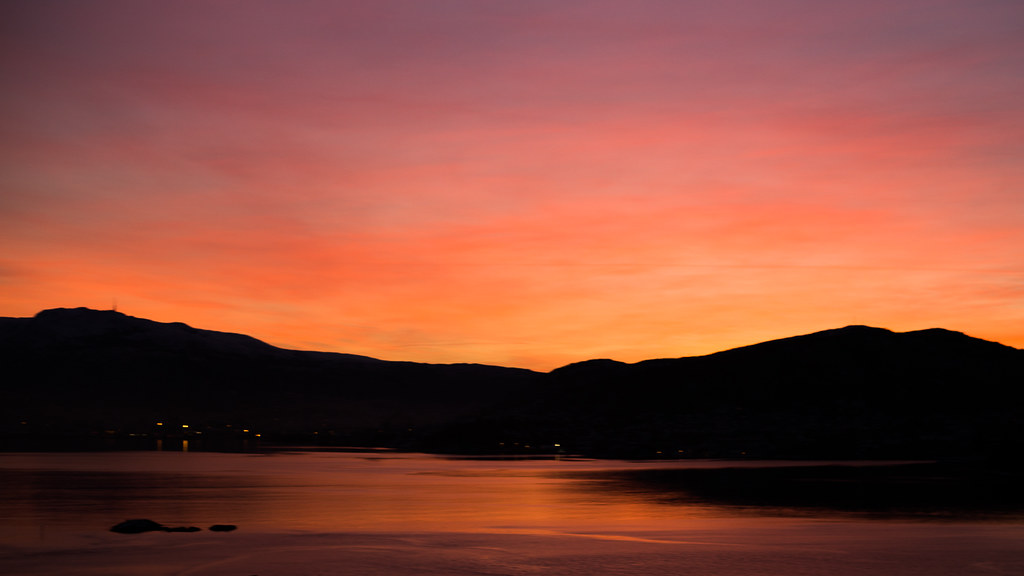 We drove to Bergen, a beautiful city on Norway’s West coast. 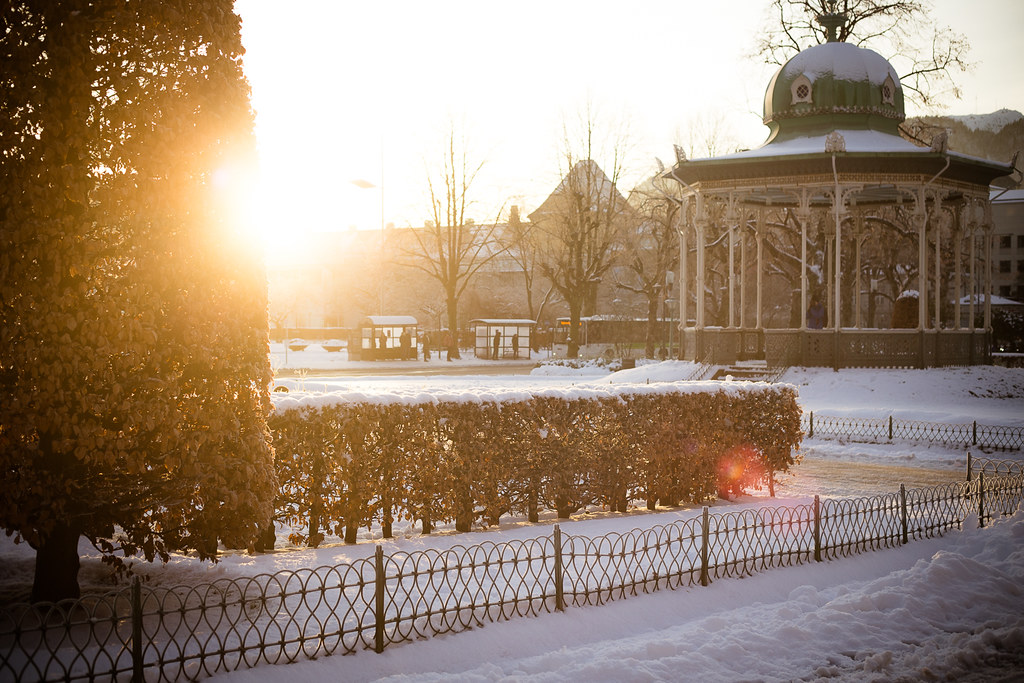 It had snowed already in the days before, the sky was all blue and the sun was shining. We walked up a hill, looked down at the city and everything was bright. 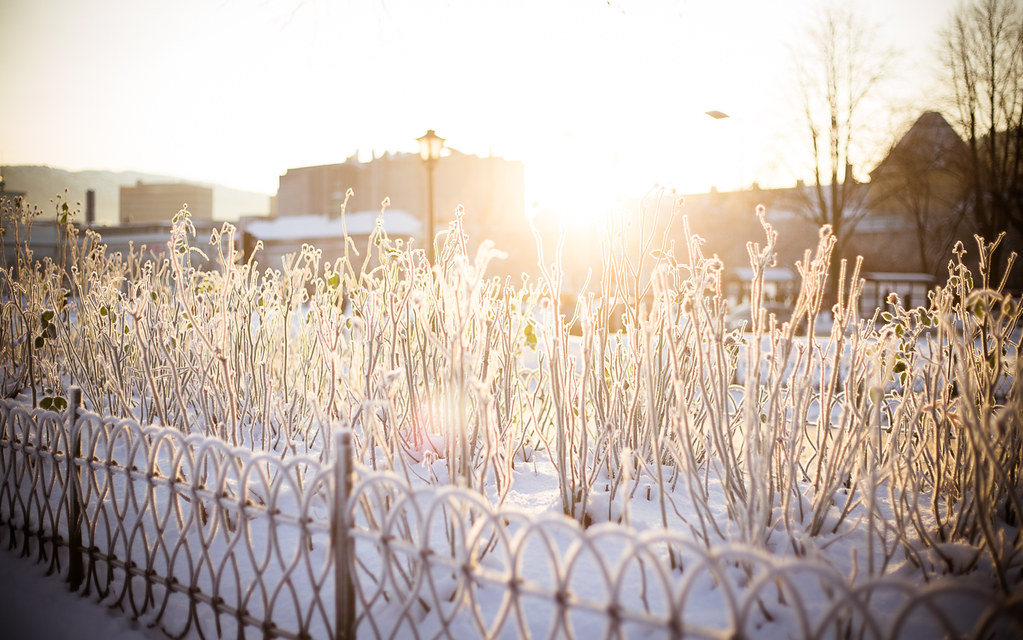 Then we sat down and breathed. 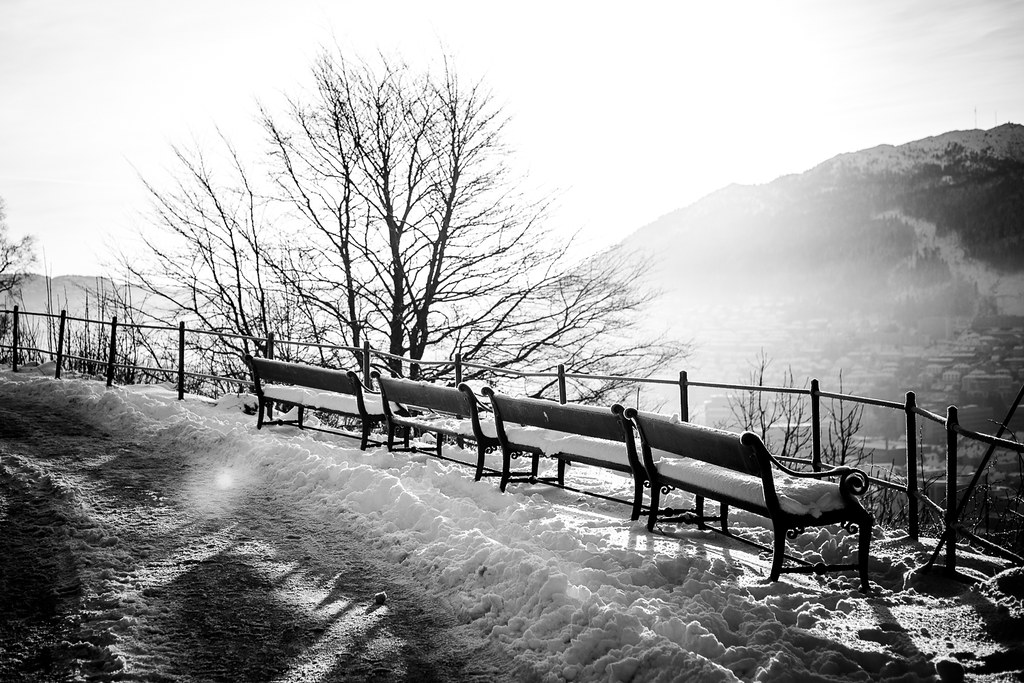